Lord of the Board 360 Degree Mobile Game Marketing! Developed by Beach Bum, the 2,000-year-old tradition of players continues to appeal to everyone from 7 to 70 on the board, where they can play from their mobile devices whenever and wherever they want. With our marketing activities as Gaming in Turkey for mobile game with 100% Turkish interface, thousands of new people are rolling dices and bringing the competition to a new dimension. 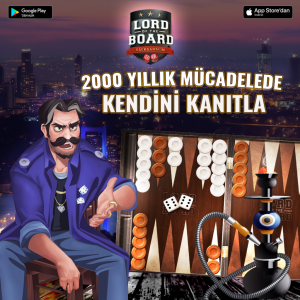 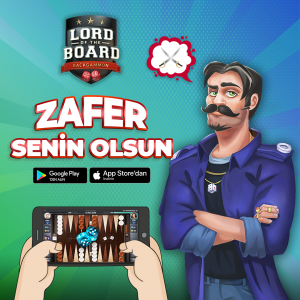 To bring players together for backgammon challenge, we, Gaming in Turkey Gaming and Esports Agency, have provided our Game Translation, Website Design, Illustration, Video Production, Social Media Management, PR, Digital Marketing and Influencer Marketing projects for Lord of the Board in Turkey. In the first stage of the project to reach the audience targeted, we activated Translation service first. And then, Turkish Lord of the Board players started playing the game entirely in Turkish.

In order to deliver this good news to our players in Turkey, we have kept this issue at the forefront in our social media management and PR work. Before we start our marketing work in Turkey, we started our special character design work in certain types that reflect a Turkish individual and our traditions, as Lord of the Board reflects a traditional game. After finalizing our character designs, thanks to the content plan we made, players in Turkey got to know the game more closely from the LOTB Facebook page, up to date every day. 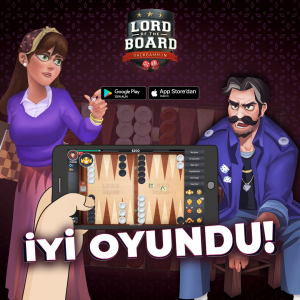 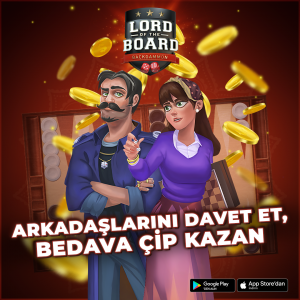 We conducted our Influencer marketing work, one of the most effective channels for mobile game marketing, with YouTube influencers for the mobile backgammon game Lord of the Board. Among these YouTube channels that announced their names to large audiences were Post42, Kurcala, Zegabon, Lars and KassadinCreed. Lord of the Board, which we placed in 5 different video content, has taken an effective step to expand its audience in Turkey thanks to this marketing channel. Thanks to these videos, which received about 200 thousand views and 30 thousand likes, influencers became the voice of the mobile backgammon game Lord of the Board in Turkey. The Only Address for Many Backgammon Enthusiasts!

Lord of the Board, a mobile backgammon game that offers players the opportunity to socialize as well as entertainment, continues to appeal to players in Turkey with our 360-degree mobile game marketing services of Gaming in Turkey. Our marketing efforts include Website design and Video Production Services and we have appealed to players in Turkey with the option of 100% Turkish language. With the new characters we have created, we have localized the game for Turkish players. Lord of the Board is 100% Turkish now, but we have activated our Video production projects that promote the Website Design and game needed in the Turkish region. In a short period of time, with our work meeting with players, players had the opportunity to access everything related to the game outside the game interface with the Turkish language option. As you take part in the new dimension of the competition, you can also make your friends a part of this challenge by inviting them. Mobile backgammon game Lord of the Board with 100% Turkish interface, where you can play anytime, one click away! Be part of this challenge by rolling your dice now! You can download the game from the Google Play Store and the iOS Apple Store.