Recontact Istanbul is Coming Back! Recontact: İstanbul mobile game has chosen the game of the year in Turkey at App Store and in Los Angeles, New Media Film Festival is the first in the category of The Best App. And now, the second game of the Recontact: Istanbul series opened with Eyes Of Sky. Eyes of Sky, the world’s first cinematographic mobile game, will bring you a brand new interactive cinema experience. Unlike the old video games where only intermediate videos are in the game but game designs are limited to photographic or animations, Eyes of Sky is a detective adventure that is made up of real-world and real movie players, with an interceptable interactive structure of videos. You will not only be witnessing a thorough murder investigation with Captain Ersin (Fikret Kuşkan), but you are expected to have a mobile cinema you have never experienced before, which will be the leading role of this investigation. Istanbul, the world’s most mysterious city, hosts this game with all its historical texture and secrets. Eray Dinç, the new media artist, has directed the game design and screenplay of Eyes of Sky. Producing seat belongs to Simay Dinç who is one of the Oyunder members of the board and founder of the Women in Games in Turkey. The developer of the game and the person in charge of the software are experienced developer Can Aksoy. All of the music was recorded by Sertac Özgümüş and Güntaç Özdemir originally at the studio Kaydedenler Club. Try your attention, patience, and your intelligence and try to enforce your limits with a full-blown detective simulation, where you will try to find suspicious people, question them and identify suspicious answers and collect hundreds of deciphered photos, videos and investigative clues. Ahmet Ümit, the famous Turkish author is the consultant and screenplay of Eyes of Sky, brings together important cinema and theater actors such as Fikret Kuşkan, Haldun Boysan, Gökçe Suyabatmaz, Emre Mutlu and Halim Ercan. 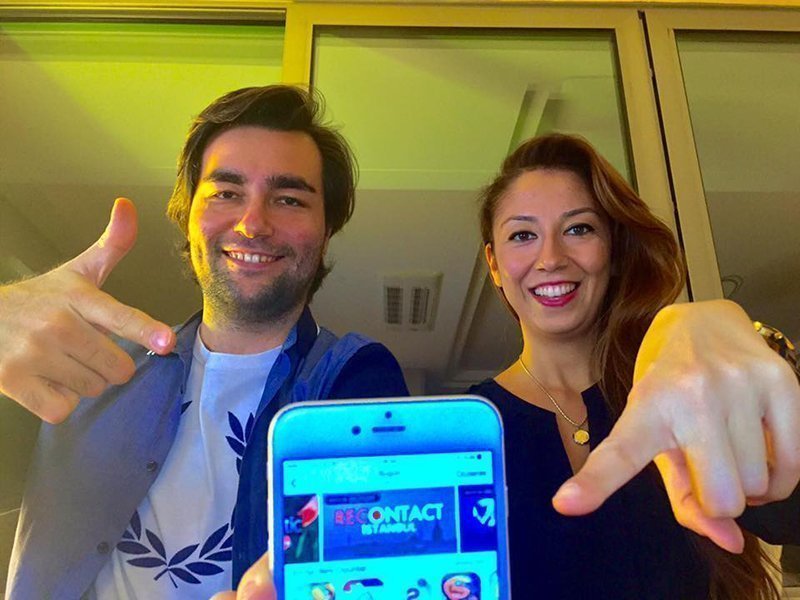 Recontact Istanbul II: Eyes Of Sky now has a new game dynamics. It is your game “special intuition”. Every wrong move you make in the game will cause you to gradually consume your level of intuition given to you. So you’ll have to be very careful when examining the security cameras, questioning the suspects and examining the files. Do not forget that attention, research spirit, patience and intelligence are very important in this game! Eyes Of Sky is a totally free downloadable game. Players can complete the game free of charge when they conduct the investigation carefully. But sometimes you can manage your inquiry faster and easier by choosing one of the higher intuition-level packages when your patience, attention, and concentration are falling. Moreover, if you are stuck in a department, you can also get assistance from now on.

AN ORDINARY HOMICIDE, A BODY FULL OF SECRETS

The experienced Captain Ersin (Fikret Kuşkan), who took the death notification of a woman named Ece (Gökçe Suyabatmaz) together with his team in a safety camera footage but when they reach crime scene, there is nobody in the room. When they examined the cameras, Ece, who was found dead, killed by his ex-husband Serkan Aksoy (Emre Mutlu) but still there is a mystery to be resolved. It is the body that is not yet found and seen on the security cameras.

You can use the following links to download the game: