95% of Employees Play Games on Mobile Devices! Hello, Gaming in Turkey followers. We got a news from mobile games and relations between Turkish professionals. Adcolony and Nielsen are preparing a research in Turkey on this topic. Let’s check the results of the third leg and details. Adcolony & Nielsen completed the third leg of the research conducted for Mobile Games in Turkey. This was about mobile games between professionals relationship. The results are unprecedented data about the professional life of the Turkish audience. The results of the research conducted by a group of a professional sample of 25-44 age groups are as follows;

The most preferred technological devices by professionals are smartphones with a 98% share, while desktop / laptop computers account for 39%; tablet devices showed a 30%. When asked about the devices they were playing mobile games, 95% of those who worked were voiced that they were actively playing games on their smartphones. The rate of mobile gaming on tablets is 14%. 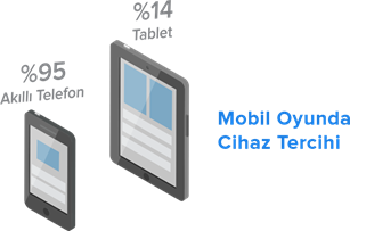 Nearly half of the professionals said they are playing mobile games every day. The rate of those who said that they played at least 2 times a week turned out to be 88%. During the day, the professionals most frequently play games between the hours of 20:00 – 23:00. 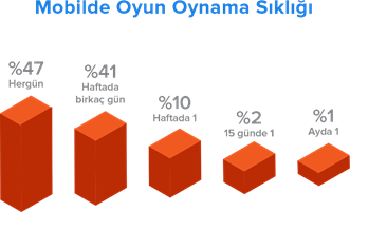 It was understood that the professional audience choose their favorite mobile game categories as table games and puzzles and the paper games were also attracted by this audience. It was another result that the professionals preferred the times when they were most at home and comfortable to play mobile games. Employees mention that most of them playing games while they are  watching television, listening to music and resting at home. 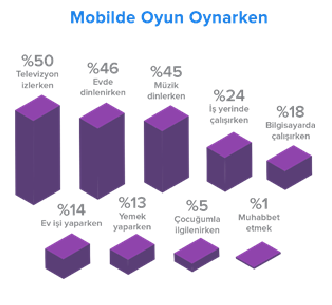 When asked how they feel when playing mobile games to working audience, they pointed while playing a mobile game, they are in a positive mood; comfort, feel happiness and excitement about games. When asked about the dynamics of in-game money spending and ad content, it was seen that paid game preferences were above the country average of 13%. When asked about their preferences for options such as acquiring additional in-game content or earn more life/coin in games, 84% of the audience chose to watch videos with advertisements.

With this research from Adcolony and Nielsen, advertisement companies learned a big data In Turkey, how mobile games close and strong relationship with professionals. The resulting details showed that this audience is more reşated and more aware of mobile games and mobile in-game ads.