BLAST Pro Series Istanbul Champion Astralis! In The Blast Pro Series Istanbul, which is the Formula 1 of Esports, world’s best 6 CS:GO team challenged to become the champion and took a great excitement. Featuring the distinction of being Turkey’s biggest international esports organization, teams perspired for $250,000 worth of prize pool and the iconic Blast Pro Series Cup. With the intense international participation of final match, Astralis became the winner. 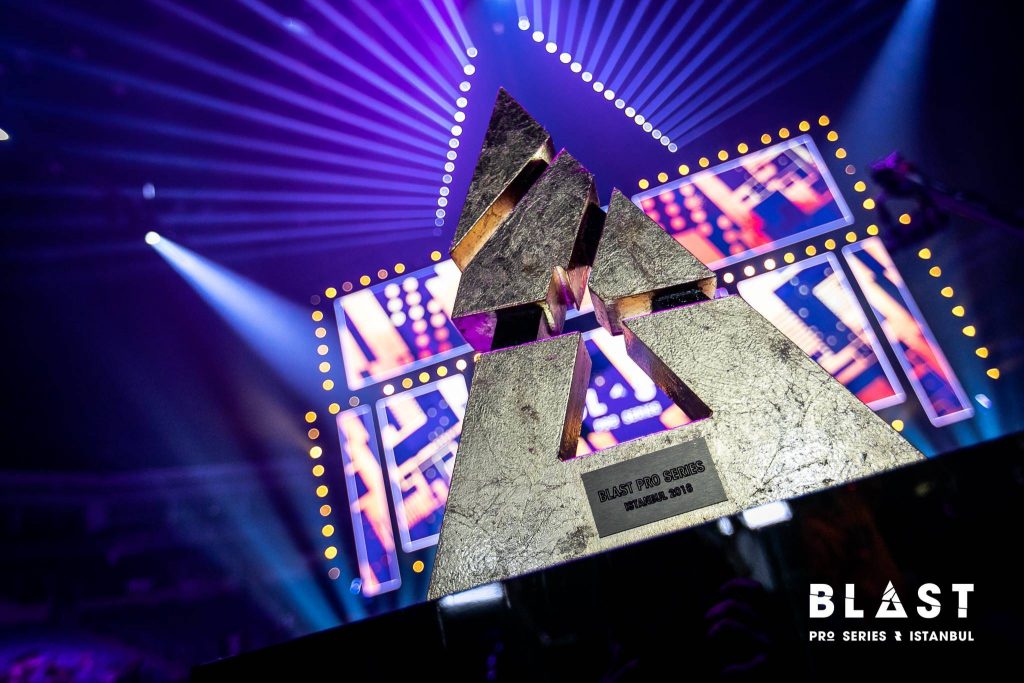 Astalis played against team MIBR in the finals, won the match in Bo3 format and reached the championship with score 2-1. With the Blast Pro Series Istanbul Championship, the Astralis esports team won the prize of $125,000. 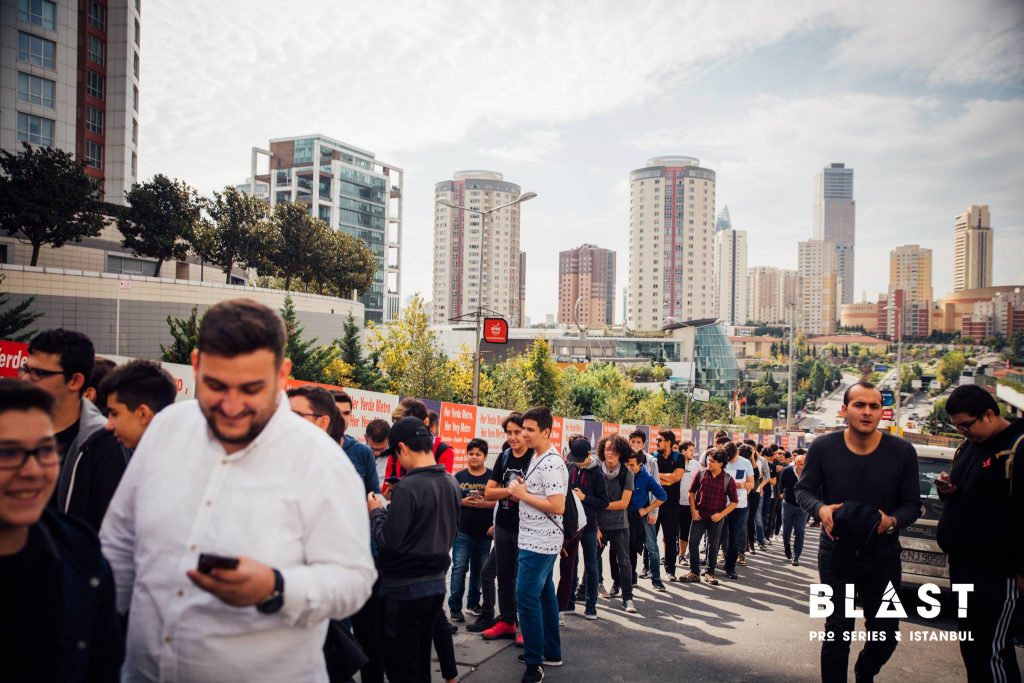 Early in the event morning, to experience the excitement of the BLAST Pro Series, young esports fans lined up inside and around of the Ülker Sports Arena. BLAST Pro Series Istanbul Champion Astralis!

The greatest international CS:GO tournament named it’s champion after the completion of the group matches on September 28 and the final matches on September 29. The online game CS:GO has 6 million 400 thousand active players only from Turkey. The tournament took place at Ülker Sports and Event Hall with approximately 7,500 – 8,000 guests and ticketed esports fans. Thanks to the Twitch TV platform, the organization was followed by thousands of fans around the world. 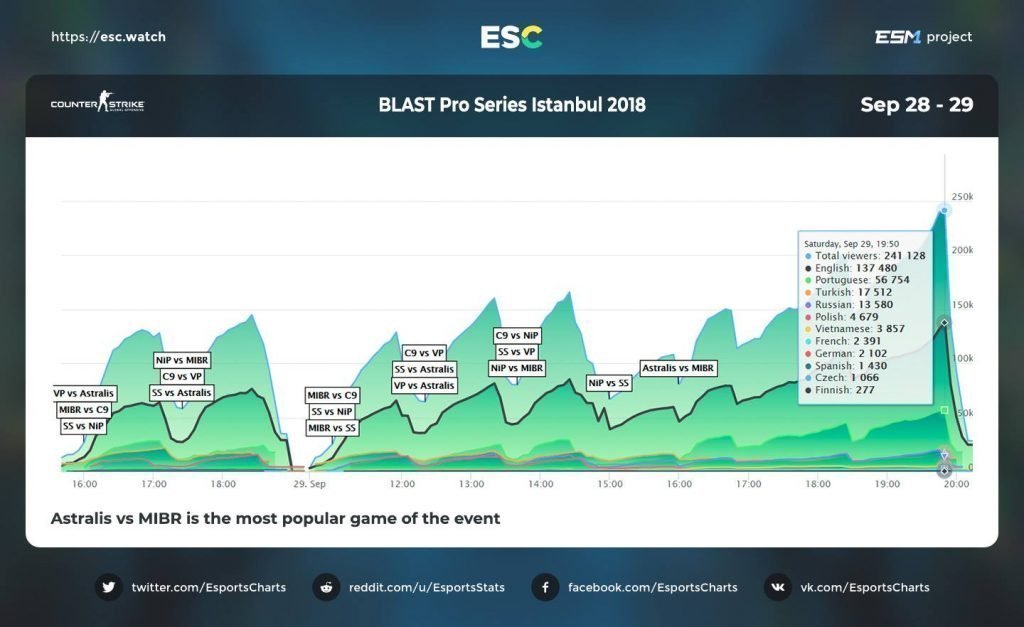 A competition with full of enthusiasm from the heroes through the magnificent finale.

BLAST Pro Series Istanbul Champion Astralis! The number one in the world rankings Astralis, the Champion of the Major 2018 Cloud9, Polish stars Virtus.Pro, Sweden’s professional CS:GO team Ninjas in Pyjamas (NiP) and Made in Brazil (MIBR) with Turkish originated player Tarik Çelik participated in the challenge. The Turkish team Space Soldiers, representing Turkey in international tournaments, also challenged in the organization. In the final match followed by intense interest, the audience watched the competition without blinking their eyes. € 2 Million Worth Investment For Setup

BLAST Pro Series Istanbul Champion Astralis! The tournament offered a unique experience with light shows inside the arena and through screens for the participants from different places. The BLAST Pro Series presented best player performances with the live experience, viewers have witnessed these moments with great enthusiasm. 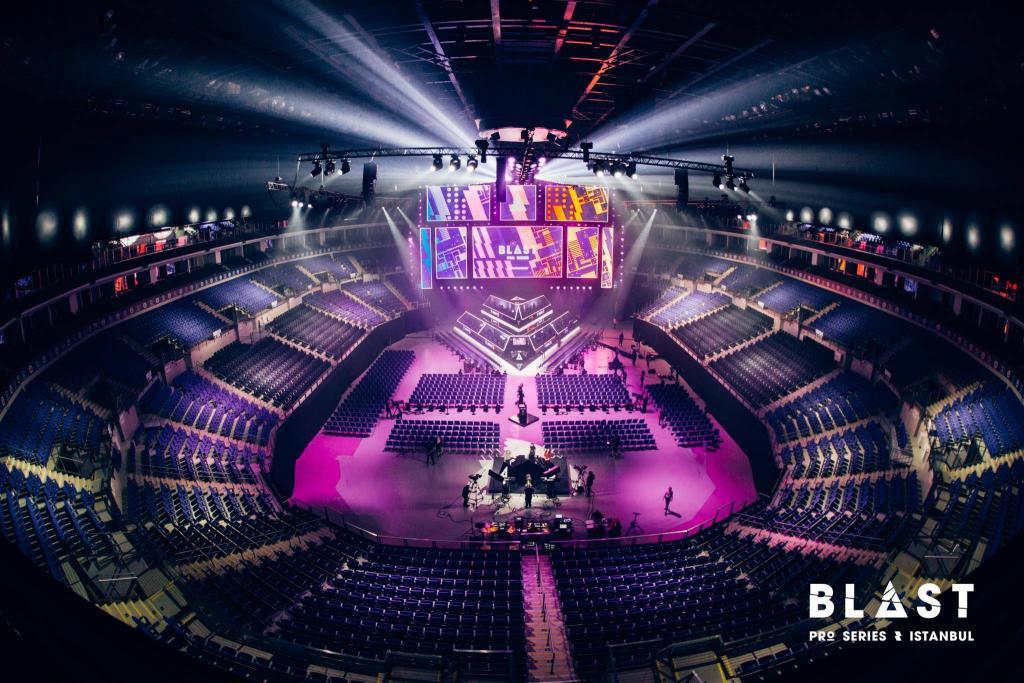 The Marriage Proposal Perpetuated by BLASTWedding!

Such a big global esports tournament also scened a very nice couple’s marriage proposal and  YES promise is given in front of the world. During the inter-match events, a young CS:GO fan named Emre Sokman, who was chosen by the camera, invited his girlfriend Hasretim Çakır to the stage and offered to marry him. The Blast Pro Series gave Istanbul a very happy moment and received a great round of applause. 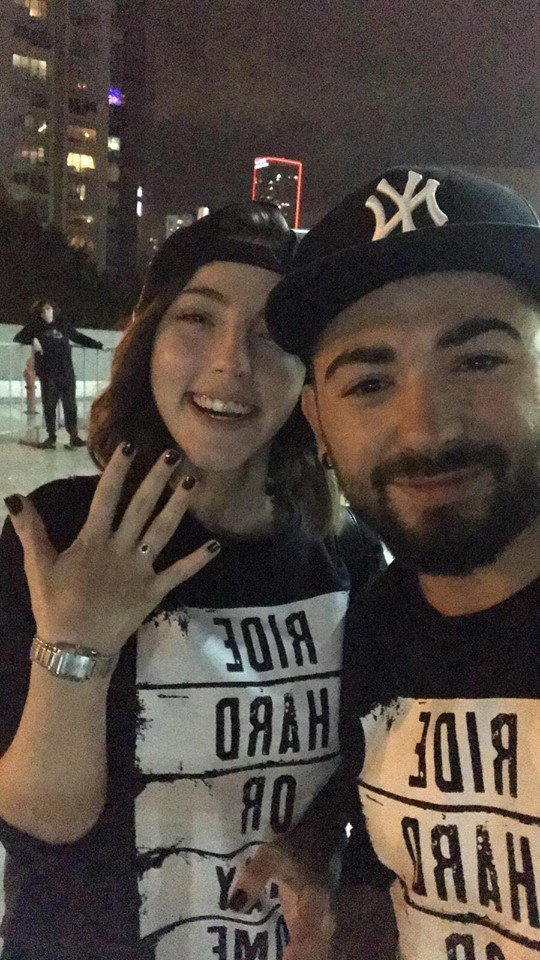 Last but not least, Ozan Aydemir, founder and CEO of Gaming in Turkey Gaming & Esports Agency, expressed his thoughts and feelings on the subject as follows;

“The last 10 months have been quite exhausting for us, but it’s been a great proud. I’ll also tell you the 10-month story, but there are some names here that we need to thank. First of all, the Gaming in Turkey team. I am really proud of them, I’m talking about every single of them. Without getting tired for a minute, they perspired for 10 months and spent a lot of effort in marketing, sponsorship meetings and even in operational terms. 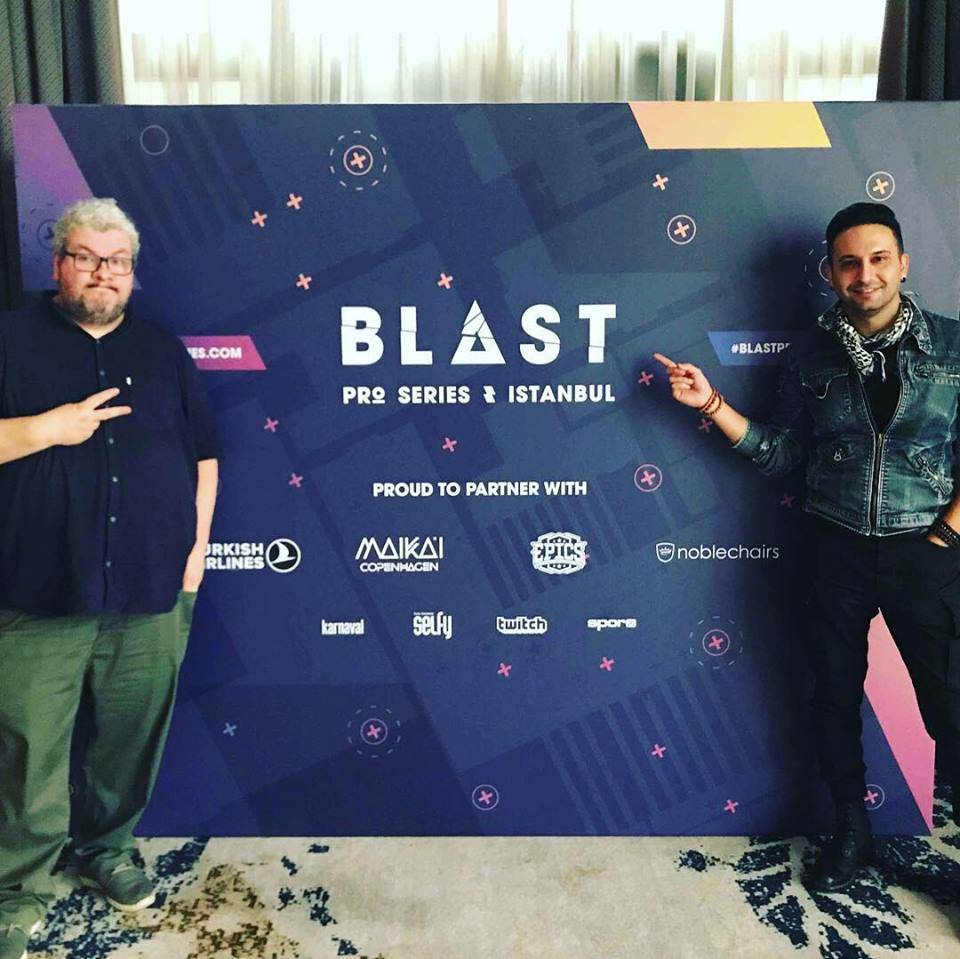 Secondly, I would like to thank Bettina Kuperman and the Impact 34 team for providing us such a work opportunity, environment and effort to bring BLAST Pro Series to İstanbul. I would like to thank Aristo İletişim for their support from the very beginning. Dinamo Events was in charge of the entire operation. I would like to thank Hardware Plus for their unlimited months of promotional support. And the RFRSH team, of course, Steen Laursen, Nicolas Estrup, Jordi Roig, Benjamin, Julie Schytter, Emily Wacker, Nikolaj Nyholm, Robbie Douek and Alexander Lewin, thank you very much for bringing such an excellent esports organization to our country. Our sponsors THY, Red Bull, Selfy, Karnaval, and SportX have always made us feel their support with us from the beginning. It was a beautiful day for all of us, i have watched the whole event today as an esports lover and I was full of proud for our work. To our commentators Bahadır Öztürk and Berker Kubat, our presenter Zeynep Gençağa, İlker Karaş with his thrilling analyses, Cantuğ Özsoy with his great Twitch broadcast performance, I really thank you for this great day.” 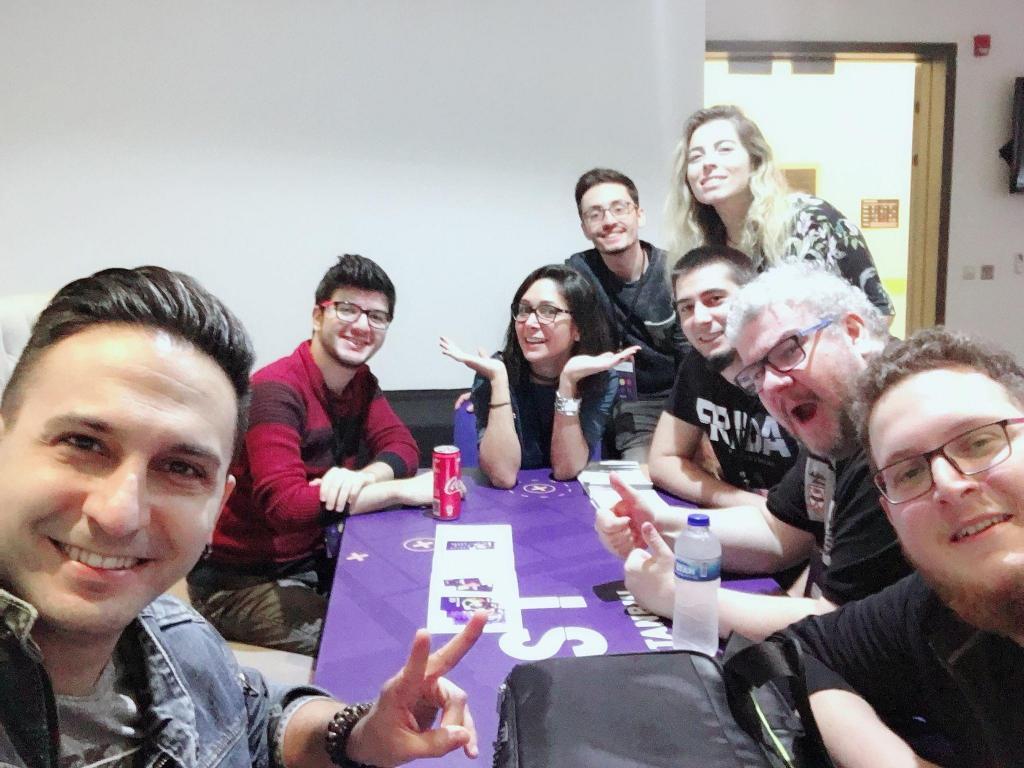