BLAST Pro Series Istanbul Generating Huge Hype, Saga Continues! 2 weeks ago, BLAST Pro Series Istanbul announced the venue, date, and teams. Let us briefly transfer what happened last weeks.  First, we announced on 23rd of June, Saturday for the event. But we got lots of fan messages, direct mailings and phone calls about the date. There will be a university examination on 23rd of June. We knew this but one week before is Ramadan, one week later holiday starts for students. So that was a perfect time but due to examination, we talked with RFRSH Entertainment with the Impact34 team and asked to change the date to 1 day.

Even there is more exam in 24th of June, it’s at morning and BLAST Pro Series İstanbul will open doors at 12.00 and matches will start at 14.00 around. So it’s perfect timing for it. A couple of days negotiations took and finally date is fixed to 24th of June, Sunday. After the change of date, we got so many thanks messages from every channel. This is important for Turkish fans because nearly 15 years, this will be the first international CS:GO tournament in İstanbul. And everybody wants to join, come to the venue or watch matches from Twitch. We listened to the community as Gaming in Turkey esports agency in Turkey and think about the date once more. As Gaming in Turkey, we learn that, if you don’t listen to your community, you can’t stand. BLAST Pro Series İstanbul take shape with its community. 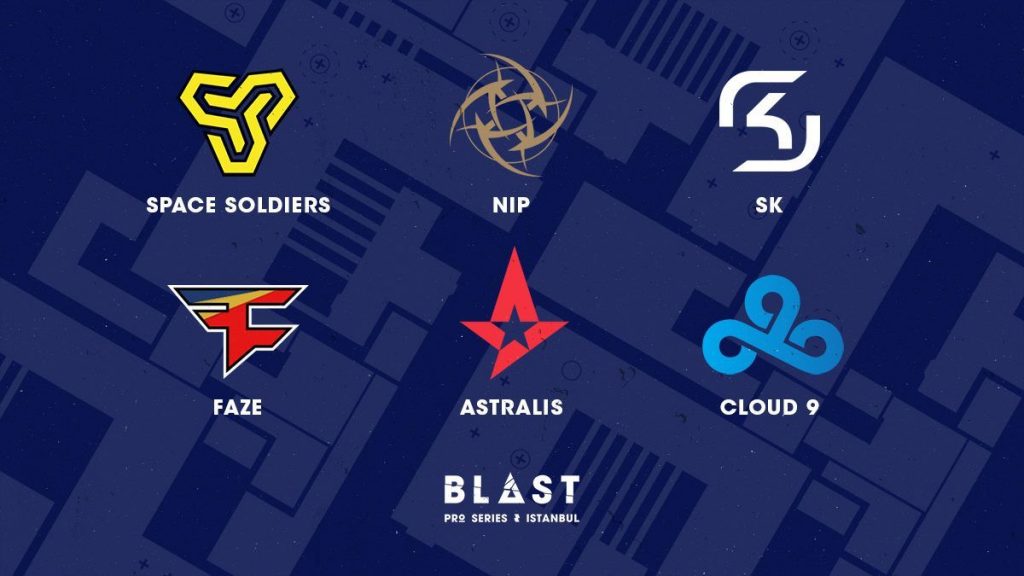 Now it will be at 24th of June, Sunday in Ülker Sports & Event Area with SK Gaming, Astralis, NiP, Cloud9, FaZe Clan and Space Soldiers. Cloud9 is the last champion at Eleague Major in January and SK Gaming is the champion of first BLAST Pro Series in Kopenhag. FaZe Clan transferred Astralis’s player Karrigan and we can face in this tournament may be some kind of revenge. BLAST Pro Series İstanbul is coming with the huge hype of fans from all over the world. Now we are working on local talents. Next week, the Danish team of RFRSH Entertainment will be in İstanbul and we will match them with local CS:GO talents for the big day. Some of them will be in analyze desk and give comments, some of them will announce tournament and some of them will be responsible for interviews. BLAST Pro Series İstanbul rolling on and June is coming, we are very excited. We hope, end of April we will announce sponsors of the event. There are so many well-known brands negotiating with BLAST Pro Series Team to be a sponsor. We will announce whenever they are ready. BLAST Pro Series İstanbul saga continues and generating huge hype for Turkish fans of CS:GO and teams. Tickets are also on the sale and nearly quarter of total tickets sold at the first week of opening sales. This also shows, how fans are in hunger for such an international tournament.