Esports and Brands Yes, this is the title of the article. But first of all, starting from concepts of game and esports will be better; Gaming and Esports words are the most popular ones nowadays. Not only in Turkey, a global digital universe where youth and elders already accepted. A hobby for most of us, a professional lifestyle for some. How come, how we reached this point? How did this ecosystem grow this much and created a new market? Why brands should invest in esports and gaming? What should brands be careful with when investing in Esports? Why did i feel the need of writing an article under the name of Esports and brands?

As Gaming in Turkey Gaming and Esports Agency, we wanted to share the experience of 11 years in this ecosystem with details. Let’s start from the bottom, from the beginning. Yes, the game, in terms; is an activity or sport usually involving skill, knowledge, or chance, in which you follow fixed rules and try to win against an opponent or to solve a puzzle. Everything started with instincts. Like in documentaries; while lion cub playing with his mother, that savage beast looks ultra cute, huh? Lion cub prepares himself to be a hunter, to survive. Makes first practices with games, playing around. That’s how lion cub gets to know the World by games. 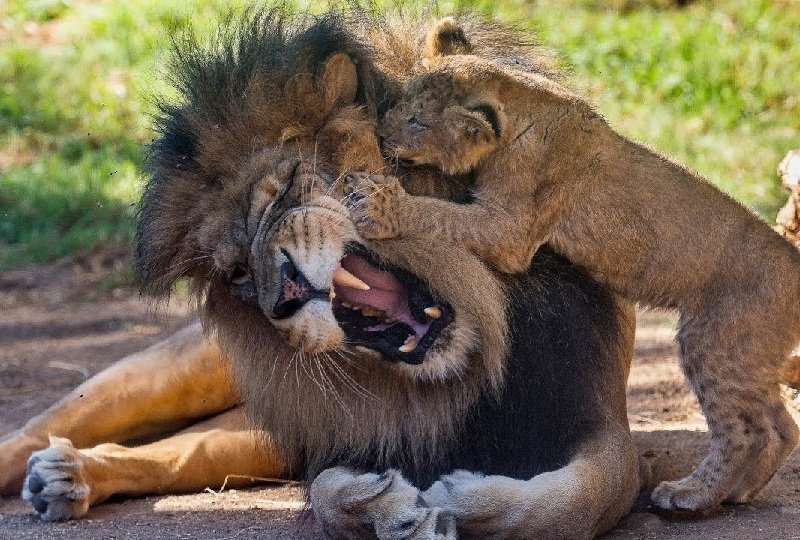 Same as humankind; we were all naive, we have played with everything, everyone we faced, to get to know the World. Which seemed just to have fun, actually had a deep instinct behind it. Actually, the game is a serious business, it should be done freely but it needs to be taken seriously. The game, generally, has the same functional structure as offline or online, inside or outside. Today, we can play a game that we played outside years ago with the closest to the reality of computers. For some people, it’s the source of asociality, for others, it’s the exigence of today. Today, millions of people in Turkey, from 7 to 70, playing online games and enjoying it. Some prefer to play at home, some prefer to play at internet cafes. Numbers prove it.

ARE READY FOR THE RITUAL?

Now, we are taking the Esports and Brands title from basics. I am calling the game “The Ritual”. Everything has to be ready before starting, favorite drinks out of the fridge, fave snacks on the table, concentrate and game on! Player, game, and table become one. 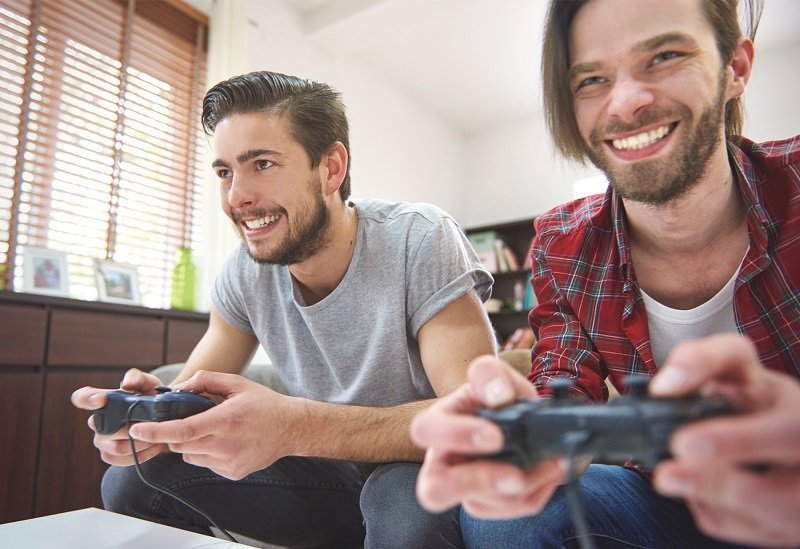 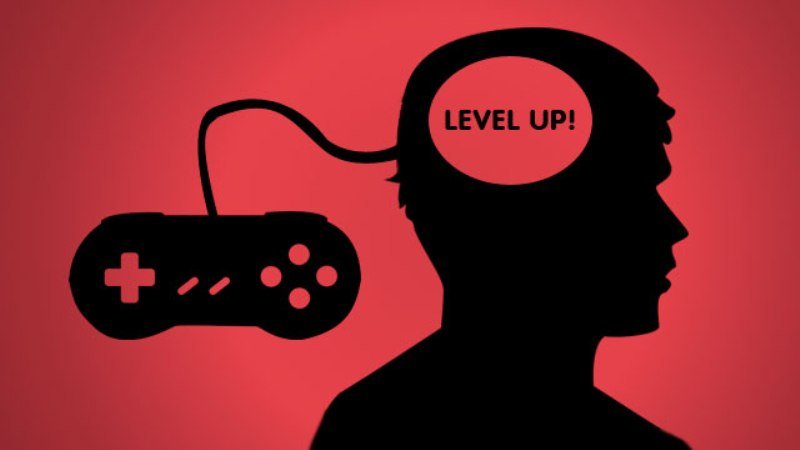 Players who create their own original characters meet other players; spends time together in the game, creates pleasant chat environments, helps each other. In other words, they learn to achieve and share together in a new world.

These meetings usually go even further, in-Game conversations move out of the game, continues in cafes, cinemas, bars, and streets. A new community builds up. This community; people who are firmly close to each other, sharing the same pleasures, trusting each other. One’s opinion is important enough to affect a wide audience.

SO HOW DID DIGITAL GAMES GET HERE?

Since the beginning of time, there is a concept of playing games and the reason is simple; Video games are the evolution of many games that exist in human history. We play because we taste every emotion when we play. And we have to because playing games are one of the most interesting ways to improve our brain and body.

So how digital games get here? What was the reason for Esports in terms? The answer is simple; let’s take a look at 20-25 years ago. If you are living your 40’s like me, think about yourselves. Coming home from school; finishing homework as quickly as possible, sometimes carefully and sometimes just to finish it. Then time to go outside. Football matches with others for boys, skipping rope for girls. I am also from that lucky generation. If you have noticed and read this far, i still did not start the subject of Espor and Brands. Because you brand owners, CEO’s, marketing directors and other individuals, should get the know this World before investing in Gaming and Esports. Then Commodore 64 salutes us. We were buying games with cassettes. Yeah, cassettes… And there was the struggle of head adjustment. We were working on it for almost half an hour, then we could play games.  Standards reached one step further with Amiga 500. We started to experience other worlds with Another World. I did not even touch the online world yet. We were still could play outside in these times. We were okay with staying outside for hours, going everywhere around with friends, coming home back and playing games on the computer.

Then computers joined our lives. In this period, game companies started to develop new games. Lan games got really popular in internet cafes.

Then mobile phones joined the adventure. While playing different kinds of games on the computer, we were playing Snake on phone. And Dial-up modems; we started to do researches on restricted internet connections. We discovered the internet; our new way to infinite knowledge. We started to junk our favorite resources, Meydan Larousse series, which we get with coupons from newspapers. Well, we have all the information we were looking for, now, exceedingly.

Then online games came out with the development of the internet, computers, the smartphones and the adaptation of the game companies to this technology. Online games have created a feeling of playing together. Teamwork and competition brought a distinct pleasure to the games. The joy of accomplishing together, the sorrow of losing together, the instinct of re-tries… The number of gamers has increased in time. Competitions, teams, successful stars, and teams have created the world of fans with the help of who support them. Does it look familiar to you? All the components of esports are starting here. 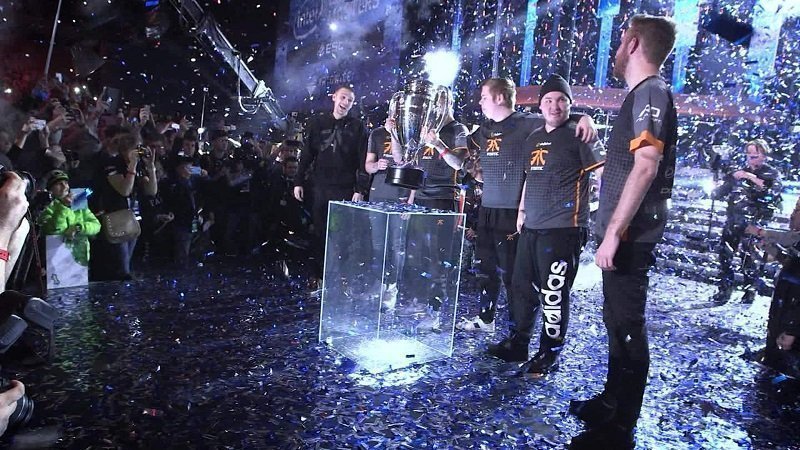 This ecosystem had breed esports. With the infrastructure and games, now the whole World ready for it. There are games and gaming companies, internet, tournaments, millions, teams and stars, sponsors, awards, digital platforms, and tournaments… With the transition to professionalism, the concept of esports was born. Of course, we can’t get our kids outside anymore. But gaming is not the only reason, Outer World is not that safe anymore…

Yeah, i guess now you know about gaming and esports in general. In this article, i do not want to make statements like “what is gaming and esports” incorporate language. You can reach that kind of articles everywhere. I write according to my own feelings so that you can understand this world and its emotion. Because we are both professionals and very strict players in this world.

Remember, as you see in the paragraphs above, the game and the esports are two concepts together. You have to think about your investments in this logic. For long-term plannings and to take your steps strong.

Marketing staff know well that every marketer or marketing team has their own strategy, but generally, when planning a budget, they allocate the most budget to the channels they know best after researches, they try to develop those channels by allocating 20% to the channels they try less and use the 10% budget for experimental studies.

If you are not experienced with the gaming world and esports, i recommend you to see and understand this market by making an experimental entry with 10% of your total marketing budget.

Esports and Brands and Gaming World. Let’s try to open our horizons with examples from the World. I’m going to give samples, not in a certain order, in completely random on both the Esports and gaming. Have you seen this video before? If not, bowl your popcorns and start watching. See Mercedes’ perspective of approach;

Another Mercedes example; connecting 2 life together with misdirection.

It is not only being a sponsor to a game or event; accepting youths’ lifestyle, using their language, to be on their side… See how Mercedes positioned itself for the tournament, alongside both players and fans, where it should be. They showed them that they were part of their lives. You say “but they are too young for this, they do not have buying power”? Wrong. Imagine 2025. What do you think about the chances of choosing a brand that is burned on their minds? Easy, much more than any other brand. Today’s kids will be decision makers of tomorrow. 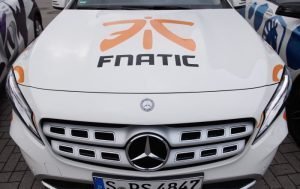 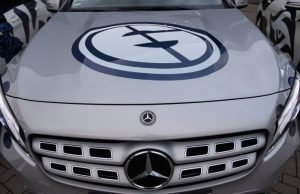 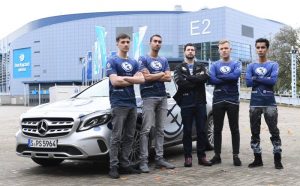 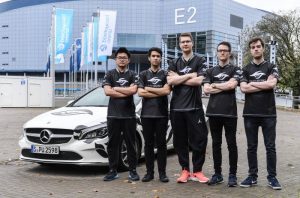 And what about the textile industry? One of the best examples of gaming and esports is Jack & Jones’ sponsorship to the famous esports team Astralis.

What do you think; why such a magnificent Espor arena was opened in Las Vegas?

Air Asia has been investing in esports for years, from CEO to all employees. And as one of their plans, they are working on a system that will allow playing esports games online in planes. 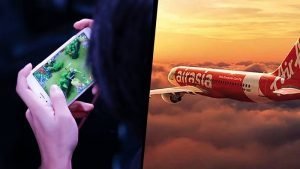 Did you taste the passion of BLAST Pro Series Istanbul, which was held last year in Istanbul, where we conducted all marketing, communication and sponsorship activities?

So brands should just think esports? Esports and brands should be the only concept we need to think about? No, as i mentioned before, esports and gaming should be taken as one, together. You need to determine the best strategy for your brand. To do this, you must know the target audience of your brand, the target audience of the future, the game, the game world or the tournament that needs to be selected, but most importantly, you must know how to integrate. Just paying and uploading logo times over!

Here are examples of games;

Would you like to see how the Bosh brand took part in the Turkish-made Sanalika game?

Let’s take a look at Turkcell too; Sanalika again. Why do you think Turkcell trying to explain 4.5G technology by integrating it into a game? Watch the video for the answer.

How and where Nescafe reached day-sleepers? Fanta, Fanta Music Festival… What could better than a music game for a brand that adopts in music. 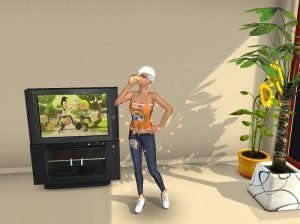 As you can see, this place can offer you endless options from World. Do you know what kind of audience you’re reaching? If you haven’t before, please don’t forget to check out our reports.;

After reports, here are numbers from Turkey and global;

More than 2.5 Billion gamers around the World! Much more than you expected right?

How is the situation in Turkey? We are working on 2018 numbers, but numbers of 2017 will inspire you. Esports and Brands! I hope this long article has helped you to get to know a little bit about esports and the gaming world. Now you know how big the World is! You are aware of the gaming World now. We offer you pills as Morpheus offered to Neo. We have been serving in this world for 11 years, as Gaming in Turkey Gaming Esports Agency. If this article was not enough for you to understand our World, visit our office for a cup of coffee, we will be glad to guide you with an adventure to a new World. Don’t forget that when you take the wrong step, you will both be sad and despised by this world. But if you take the right step, good luck with Alice’s Magic World. Thank you for reading my Brands and Esports article till the end.