GameX Adventure of Metal Tornado! Hello Gaming in Turkey followers. 2 weeks ago we announced that we deal with Chinese Game Development Company, Moyi Entertainment about their MMO – Tank product, Metal Tornado. We are supporting them with marketing and Turkey operations. According to our marketing plan, Metal Tornado will be in Gaming Exhibitions. One of them, GameX was at 14th – 17th of September in Istanbul. Metal Tornado also participated GameX with its 50 m2 booth and Monster sponsorship. 4 days, more than 50.000 player visit, clan leaders, managers, young players, but always a fan of Tank games visited Metal Tornado’s booth. 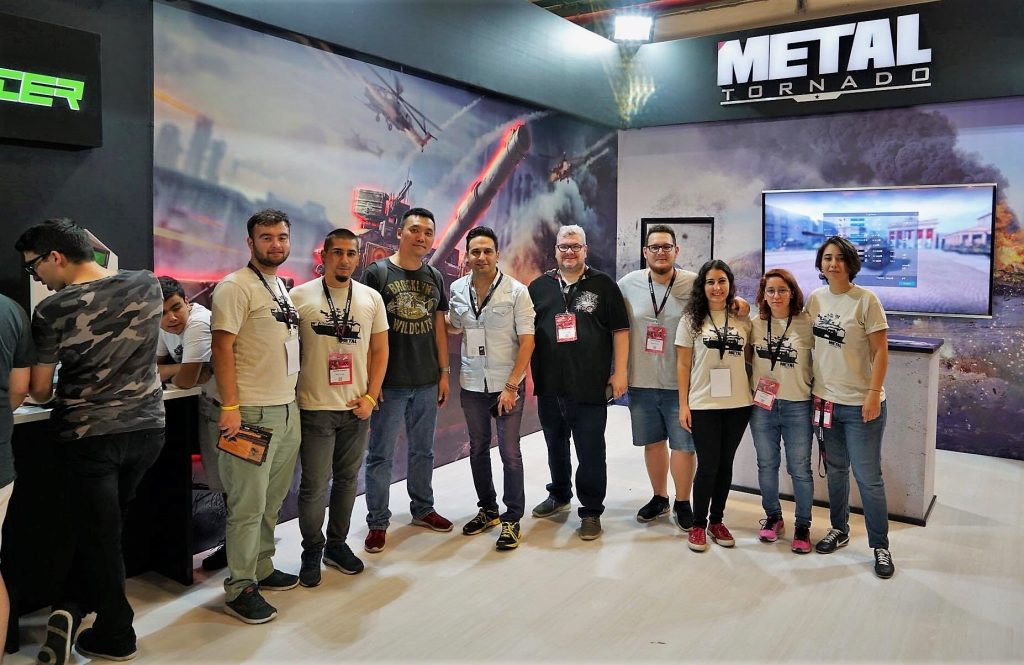 Rönesans Fair organized Compex in 1981, specializes in technology fair. Since 2000, with the start of organizing GameX fairs, it has been an important mission and vision to contribute to the development of the digital gaming industry. The GameX Digital Gaming and Entertainment Fair is the highest participating festival in the EEMEA region. GameX took place on the 14th and 17th of September at the TUYAP Fair and Congress Center. Nearly 40 years, Rönesans Fair Organization making Compex & GameX in Turkey. This year hey moved their fair to Tüyap Fair and Congress Center which is much bigger place than before. The Event place was far away from the center of Istanbul, gamers attend GameX with metro and buses and according to Rönesans Fair Organization company, this year 141.000 gamers visited Gamex Fair. Game Booth Exhibition Design For Turkey – GameX Adventure of Metal Tornado!
Metal Tornado booth has a special guest, Monster Notebook. Monster powered Metal Tornado with its powerful notebooks and visitors played the game in Monster Notebooks. With its powerful graphics card and processors, players see the exact power of Metal Tornado. Special graphics, detailed tanks, and maps, effects of real tank action. Several streamers also visited Metal Tornado booth with their fans and also registered for open beta. Metal Tornado will be download in several days and after that at the middle of October, it will be opened as an open beta state. After some tests and bug reports from gamers, at November it will be normally open to all players.
We hope, Metal Tornado, with its Turkish support, operation, and marketing will be top PC games of Turkey soon. If you have plans for your games, do not hesitate to contact with Gaming in Turkey professionals, we have the experience that you need!