Garena Free Fire La Casa de Papel Event! We started our work as Gaming in Turkey Gaming and Esports Agency for Garena Free Fire, one of the most popular games in the world. Garena Free Fire is a battle royale game developed by 111 Dots Studio and published by Garena for Android and iOS. Garena Free Fire, the most downloaded mobile game worldwide in 2019, also received the “Best Popular Game” award by the Google Play Store in 2019. For a long time, our new partner Garena had plans to invest in Turkey, and now they are creating wonders with this great content globally. And at the same time, they greet Turkish players both with this event and his Turkish content.

If you have still not downloaded the game, you can start downloading the game to your mobile phone from the links below while reading our news;

The excitement of the La Casa de Papel event, the original Netflix series that had a great impact all over the world in Free Fire, one of the most ambitious Battle Royale games, will continue until the end of September for all players. Every detail of the series is reflected in the game, while its effectiveness has already made a big impact in the game world.

With the inclusion of La Casa de Papel in Free Fire, the players began to experience many details in the series. As part of the event, players will continue to enjoy the game with a new mode called Plan Bermuda and will be able to own many exclusive outfits throughout September. With the new Plan Bermuda mod, players will be able to fully experience the reflection of La Casa de Papel and Free Fire collaboration in the game.

The professor, known all over the world, appears before the players as soon as the game begins. Players will start the game with the Professor’s final plan and will see the content of La Casa de Papel in every detail, from the lobby to the jumping off the plane.

La Casa de Papel Events and Limited-Time Items
Thanks to the events to be held on certain dates of the event, which continues until the end of September, players will have the chance to win content that will be given a limited time. In the Money Printing Event, which will start on September 13, players will try to fulfill the necessary tasks. Players who complete daily missions, get help from friends and collect tokens by September 22, will have a goal of collecting $ 1 million. 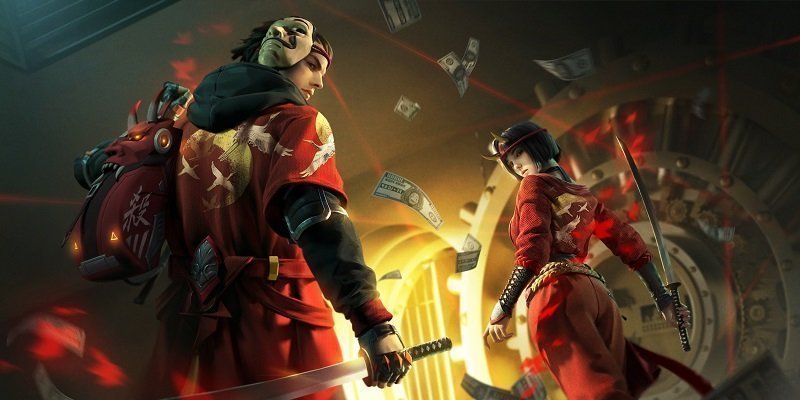 In the limited-time La Casa de Papel game mode, two teams of four players will compete against the opponent to print a targeted amount of money within the allotted time. Players will try to collect coins by activating and occupying Money Printers placed in specific locations on the map. When a Money Printer is occupied, the occupying team will have to defend the territory so that the opposing team does not capture the area again. The team that collects the most money before or when the time runs out will win the game.

For more information, you can visit the Facebook page of the Plan Bermuda Event and watch the three-part cinematic.