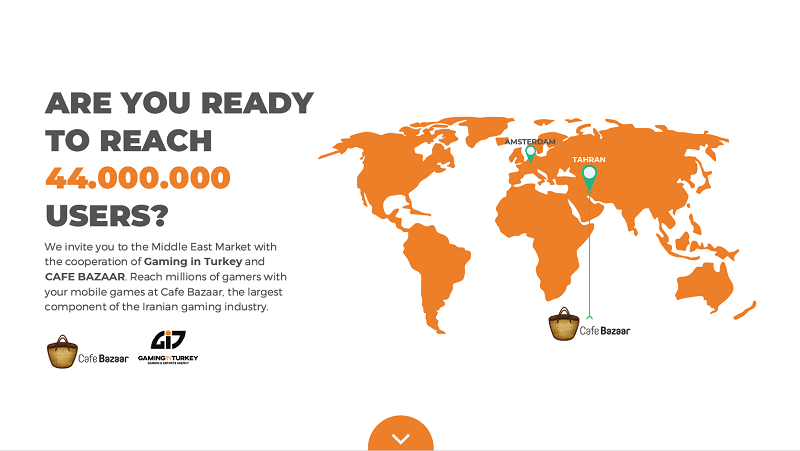 Gaming and Esports Agency Gaming in Turkey is preparing to aid companies and game developers serving the game sector in Turkey and all over the world to become popular in line with their partnership with Cafe Bazaar. Known for its wide range of games, Cafe Bazaar offers many possibilities to gaming companies thanks to its more than 40 million users. Turkish game companies can now easily be included in the online store, which has incorporated 127 thousand applications and games since its establishment.

TURKISH ANDROID GAMES WILL RISE IN THE MIDDLE EAST WITH Cafe Bazaar and Gaming in Turkey!

The online store, consisting of 29 thousand developer team members and companies, appeals to all phone brands. Although Google Play Store application is available in Iran, it does not offer payment options to its users. Born out of the inability to shop in-game from the platforms used by Iranians, Cafe Bazaar continues to improve itself and keep competitors in the countries of the MENA region. The online store, which provides many advantages to both game companies and players, has many games that became popular globally. These include popular games like Clash of Clans, Clash Royale, Game of Sultan and Clash of Kings.

Ability to transport mobile and applications without interruption 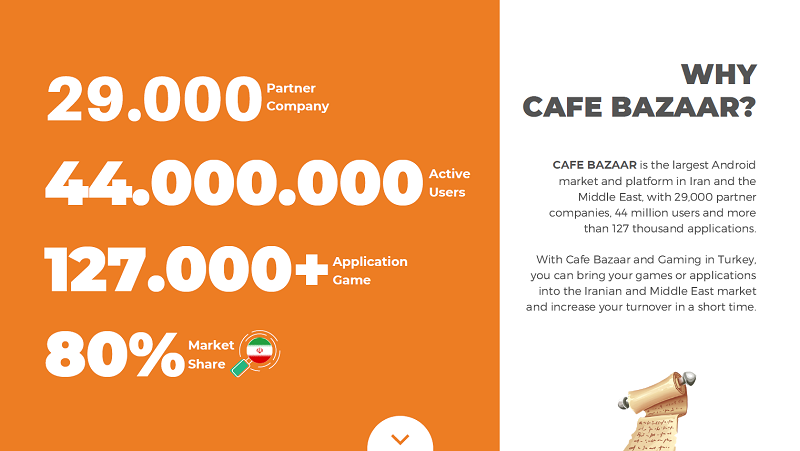 Cafe Bazaar ensures that the game companies included within its structure earn 70 percent of earnings thanks to a record of 6.44 million active players daily. In addition, it helps game companies to collect official documents in countries where they will be served when necessary. Thanks to the system that can be created at one time and enables the games to be integrated quickly, the game companies can start to serve without any difficulty and extra effort. When the game companies that started to serve, they earn their shares completely with the rates of their local currencies without any interruption.

How to take place in Persian Android Application and Mobile Game Market?

Cafe Bazaar continues to develop by growing its developer team and global partnerships every year. Offering service packages to companies such as marketing, localization, and community management, the online store also allow them to manage the process. Only users who want to be on the platform can start their adventure in the MENA region by logging in to the panel. In this context, qualified games that integrate and publish their games and meet the expectation of promotion on the first day will be featured in their categories. on the second day. With the games featured on the main page in 14 days reaching a larger audience, the game companies included in the platform will be able to gain 70 percent of their earnings from their local bank accounts at the end of the 30th day. 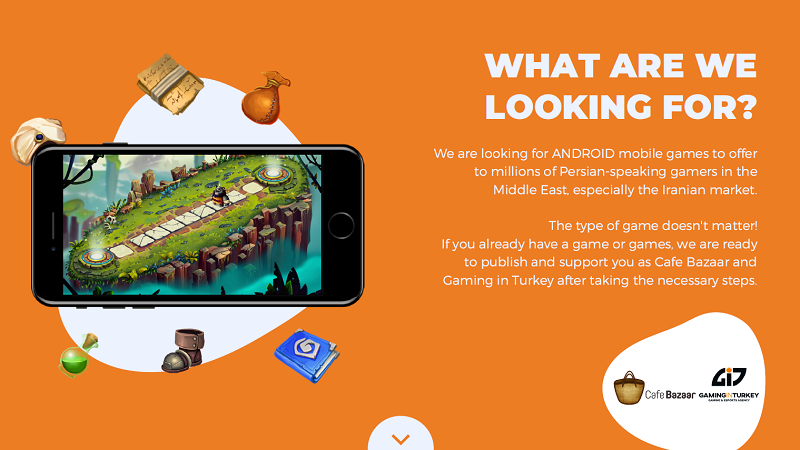 As part of Cafe Bazaar, if you want to be in the Middle East market and have more information you can contact us at https://www.gaminginturkey.com/tr/cafe-bazaar/.