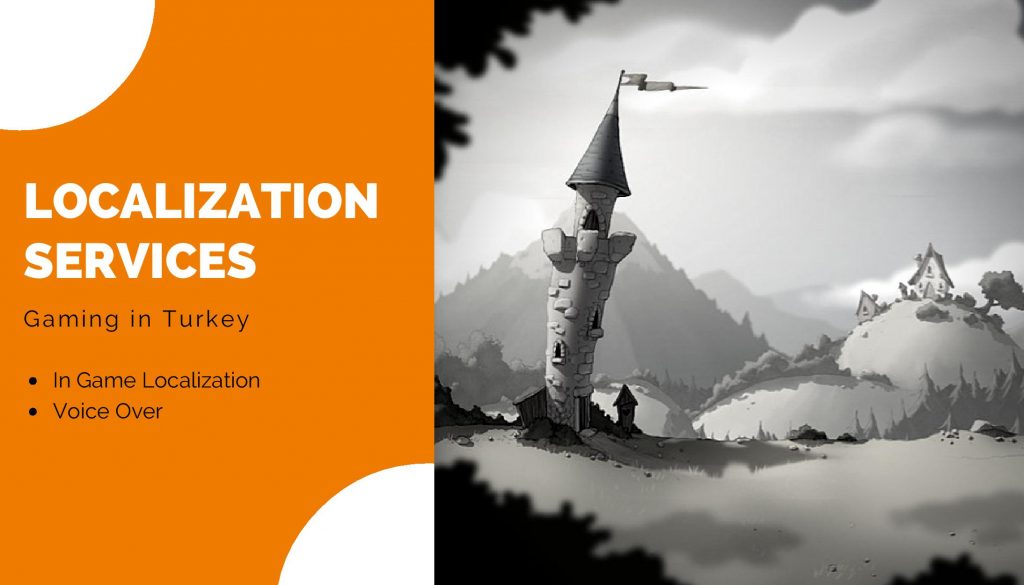 Game Localization; Gaming in Turkey has big experience of 10 years in the localization of 50 published games!

Some of them were FPS, some of them were MMORPG but always localized content presented to Turkish players. It is a must to have a good command of historical and cultural features. The traditional culture of each country continues in it’s own way without getting lost inside the aspects brought by the modern world. Regionally localization made contents make players feel like they are inside the game world and increase their loyalty to games.

Sometimes a familiar map or area design, sometimes an in-game character, or maybe in-game items… Which voice actor should you work with, and how will they contribute to the game…? Remember that combining the main elements of the game with cultural localization increases the interest and fun, and helps to add new players to the game. Because the sometimes world of mouth creates more interaction than budgeted digital campaigns or advertisements and affect your games marketing better.

The idea behind local content not only in-game map or character. Sometimes you change the voice of an NPC or make a voiceover in a single trailer, changes whole the world that game holds. Well known celebrities change the power of game against players and get them thought in game action directly.

When local voiceovers or local music meet content, players directly find something familiar in the game. It’s not needed to be traditional content. An also present day or future of region imagination, can create different worlds and touch gamers. The power of Gaming in Turkey comes from bringing localized contents together.

With combining different materials together, game localization in Turkey is a very important part of the game. You can translate your game into regional languages but you need to know traditions, common language, popular cultural icons and combine them to make your gamers happy and loyal. Turkish Game Music, Turkish Game Local Content, Turkish Game Content awaits you here in Gaming in Turkey.