The stars of the rift on Nimo TV – League of Legends VFŞL! The excitement of the League of Legends Vodafone Freezone Championship Summer season starts on Nimo TV on June 6, 2020. Nimo TV, continues to make a name by signing new agreements in Turkey. Taking a big step with the most recent agreement, Nimo TV announced that they are the official broadcast partner of the Vodafone FreeZone Championship League. With the stars coming down to the rift as of June 6, 2020, this summer will be even more fun and exciting with Nimo TV!

Nimo TV will be the scene of LOL excitement

Vodafone FreeZone Championship League meets the audience every year for the challenge of the best teams. Many star players make their mark on the year with competitive teams and challenges in the rift. This summer, Nimo TV is joining the stars to increase the excitement and become a partner in the championship. As the winter season continues in the league, Riot Games and Nimo TV signed an important partnership agreement. As a result of this collaboration, the first season of the league will meet with the audience on Nimo TV, and all matches that will take place in the summer season will be broadcast live on Nimo TV. First of all, Nimo TV, which was included in the valley in League of Legends as the official sponsor of eight Vodafone FreeZone Championship League teams, increased the interest of the League of Legends by getting the broadcast rights of the league. Nimo TV, which will give the excitement of the league live on iOS and Android applications as well as the website, promises a different league excitement to the audience with its unique features. 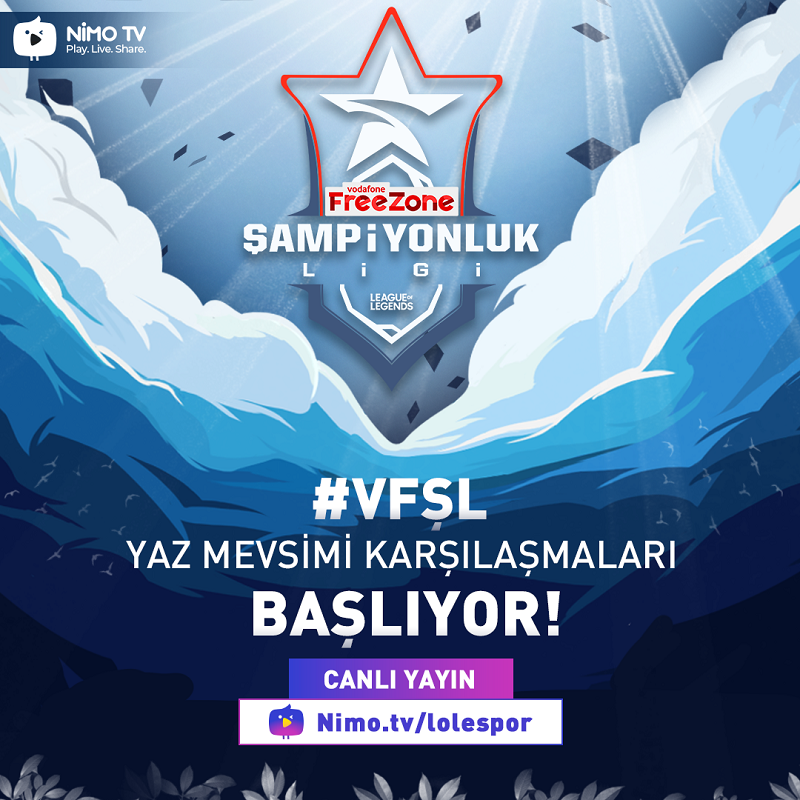 Nimo TV Turkey Director Jay Chenglie said on the subject; “I especially admired the interest of gamers in Nimo TV. As Nimo TV, we try to be worthy of them and do our best to make them feel that we are permanent. The number of teams in our office is increasing day by day to keep our service quality at the top. We are taking sure steps towards becoming Turkey’s live broadcast platform. Our goal and motto will always be “Games and Entertainment in Nimo TV!” Our goal is to provide the audience and broadcasters with the best opportunities to have a fun time. Vodafone FreeZone Championship League summer season excitement is one of them. I also look forward to watching both the teams we sponsor and the championship league. May the good team win!” Have fun and win while watching the stars of the Summoner’s Rift
With Riot Games and Nimo TV making the agreement, the audience will meet the stars of the rift starting from June 6, 2020. Nimo TV offers many entertainment options for the audience to follow the breathtaking matches that will continue all summer non-stop. While watching live streams, the audience will also be able to win valuable prizes by participating in sweepstakes. All spectators who meet on Nimo TV to support their teams will enjoy daily prizes in special draws in the league.

Spectators of the esports scene will meet on Nimo TV
As part of the ongoing measures of the new type of coronavirus (Covid-19), the esports scene of the league will not open its doors to the audience in the first weeks. In order to be able to share the excitement of the audience, the matches will be streamed live on Nimo TV. Viewers who want to support their teams will be able to watch all matches at Nimo TV official Riot Games Turkey Lolespor channel.

As Gaming in Turkey Gaming and Esports Agency, we welcome our new partner NIMO TV.