You can also review the AdColony and Nielsen Turkey “Mobile Gaming Market in Turkey 2017 “ report for comparison.

Now it’s time to back to the new report. We have translated the part of Newzoo which is published free of charge for you in Turkish also and added it in the name of being able to compare it with the previous Turkish Game Market 2016 Report.

Apparently, now the number of female players has increased considerably due to the development of the mobile industry, the incredible increase in the use of smartphones, and the increase in the quality and diversity of mobile games. While masculine dominance continues on the PC, the ratio of women and men in the mobile gaming industry seems to be almost head-on. 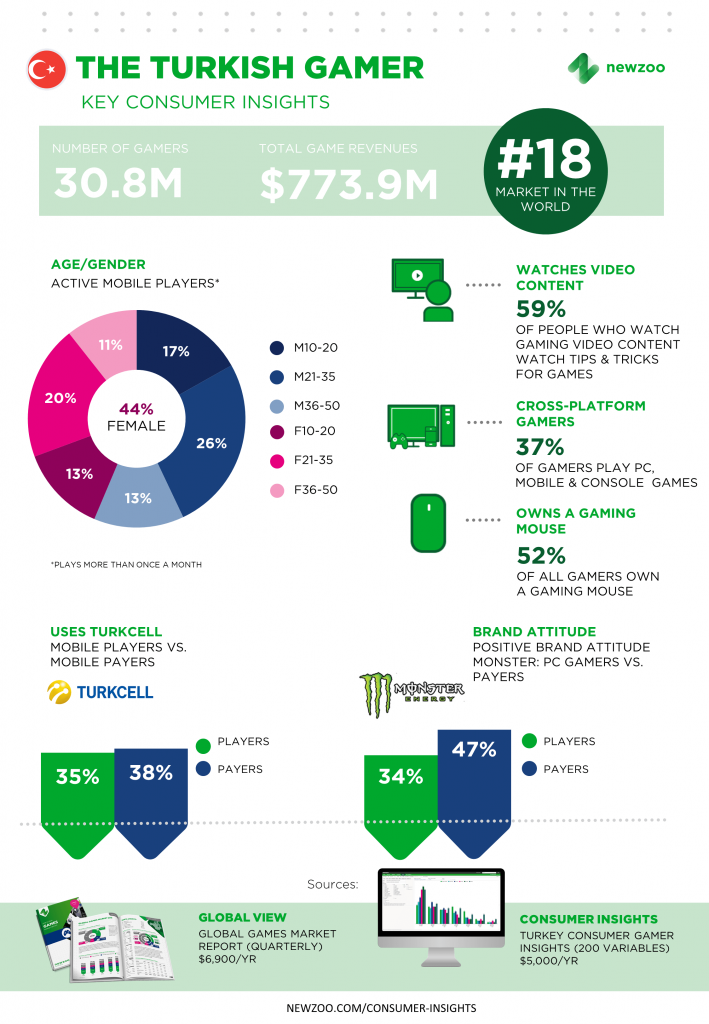 If you want to check Turkish version of this report you can check our HUBOGI page with our comments; “Türk Oyuncusu Tüketici Alışkanlıkları 2017”