Educator Güven Çatak, who is well known in the Turkish Gaming Industry, is making constant efforts for the development of the games in both the magazine side and universities. We had a pleasant conversation with Mr. Çatak, he is also Founding Director in Bahçeşehir University BUG Game Laboratory. We hope that you, our valuable readers, can create content that is filled with information that meets your curiosity about Turkish Gaming Industry and BUG and Mr. Çatak. Let’s start to interview and meet you with Mr. Çatak.

Hubogi: Mr. Çatak, hello, we have been following you for many years in the sectoral sense. There are people who know you from time to time in the magazine writings and the ideas of game laboratories in Bahçeşehir University. Will you tell us a little bit about yourself, when did you start to play games and how did it develop?

Güven Çatak: Thank you 🙂 I started with a Commodore64 which was taken as a gift at high school. Then Amiga, PC as all that process I have spent the ’80s in Turkey. While reading the full bit architecture away from the game and cover the cinema, I found myself dealing and working with PC Gamer team in Turkey :).

Hubogi: Games in Turkey actually was moving with little movements before becoming an industry. You are the one who witnessed the birth of this industry and perhaps played a big role in its growth. How did the industry develop, what were the points where your life intersected?

Güven Çatak: The biggest advantage of writing PC Gamer, Level and then Oyungezer is undoubtedly close to the sector. I could say that being in contact with a wide network of independent developers to hardware companies have witnessed many stages of the development of the industry, from fails to success stories. My role is also to build bridges that the industry needs and I also combined my media career and academic career. Hubogi: Mr. Çatak, we want to talk about the birth of BUG, the game laboratory at Bahçeşehir University. We also think that our readers are curious about this story. How did the BUG come about, how did it develop, what would be the next targets?

Güven Çatak: Istanbul is a difficult city, especially in terms of transportation. Game development is a teamwork issue. We need to come together to do something together. At least starting. BUG is a community center designed from such a basic need. It was acted to bring independent developers together, introduce them to the companies, and of course make it under the roof of a university and establish an infrastructure for the educational dimension of work. After 6 years filled with blood, sweat, tears, countless activities, BUG was transformed into a system with a master program, an incubation area and a virtual reality laboratory with a license on Game Design, but it is still a community center. Of course, we are the main story, ‘BUG who breaks out of Space Invaders and establishes the game scene in Istanbul meets the indies and then the events develop …’ The first target after the BUG creation, is to make this system sustainable, self-fulfilling and of course success stories! 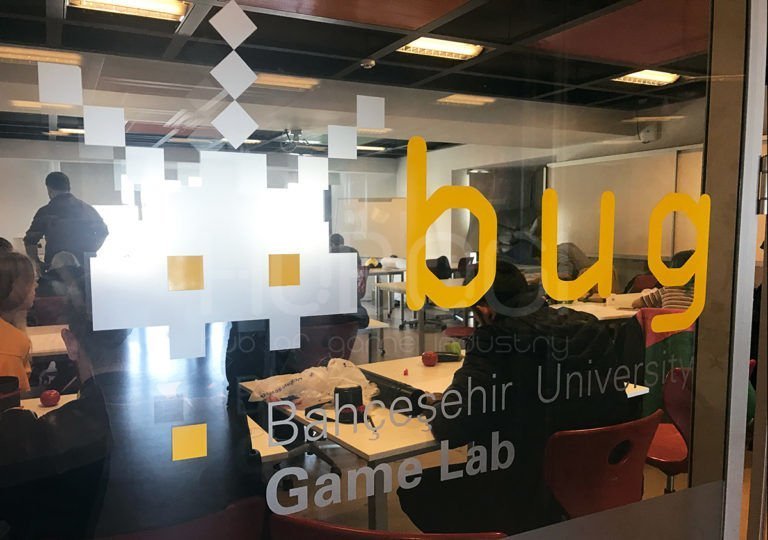 Hubogi: There was a period of joyful work at the game magazine side of Turkish gaming industry once. The development of the digital is now a little disturbed the magazine, but at the Gameshow, Level, PC Gamer times you are also a writer. Do you think that the development of technology has finished the offline magazine, or is a certain mass still reading them?

Güven Çatak: Of course the Internet changed the game. Instantly reaching everything forced magazines quite a bit. There is still a mass on reading as far as I’m following Oyungezer but not pass the web, video portals and social media to survive for offline magazines.

Hubogi: Mr. Çatak, what is the current situation of BUG games that are established in university? There were glowing ideas and liked by the players in the sector. We think that the new games will certainly come, so it seems that the teams are working very pleasantly.

Güven Çatak: We have a lot of student work coming from our master program BUG, BUG Jr. and BUG Kitchen is a pre-incubator where students can team and produce together. This summer we were at Gamescom; we have exhibited and showed lots of games, the interest was really beautiful. Of course, it is not enough to make games anymore, it is a matter of reaching the target audience 🙂 BUG is still young, the road is long but the steps are certain! 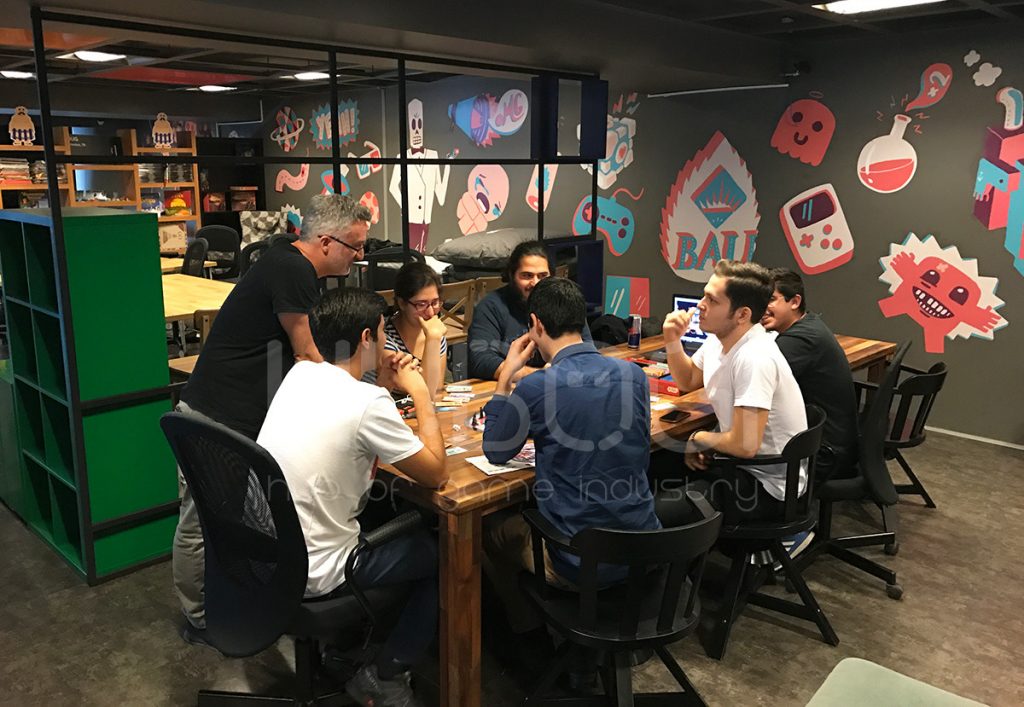 Hubogi: Let us ask more about University and programs, could you talk about undergraduate and postgraduate programs in the opportunities offered to young colleagues who are interested in gaming business?

Güven Çatak: This year, Master BUG entered its 4th year; multidisciplinary, close to sector, practical approach. There is also a design educator, a programmer, there is also a lawyer! Everyone who is in the game and who wants to deal with the game practically or theoretically, BUG is open to them. BUG Jr, which is called Digital Game Design, has a structure that is focused on production. BUG Jr builds the first two years coding, art, and design infrastructure; then it becomes special. Both programs are very close to the foreign and domestic networks because they are under BUG Lab roof. This is, of course, a great advantage when you are a student. It is also important that master and jr students can have a kitchen together (BUG Kitchen) and a lab (VR1) where they can experience new technologies. Hubogi: The gaming industry has a structure that is rapidly developing in the world, and even in the last period it surpasses cinema industry. What do you think about Turkey, where is our industry when we look from the global games industry? How should our industry improve?

Güven Çatak: Turkey is an interesting place. I think it will always be like that. Staying in a middle of lots of things, creates both identity and stability problems and creates great dynamism and opens opportunities. The market is still unsaturated. I am looking at esports, there is a strange momentum, this energy can achieve very important achievements if directed correctly. There are many teams developing games, there are many games coming out every week, and if the various privileges can be clarified on the state side, the game may change one and the other. In terms of experience, we need more path; the qualified human resource is still one of the biggest problems. I hope BUG will fill this gap a bit.

Hubogi: The university you are currently working with, is very different perspective for esports, and even they started a scholarship program with Riot Games, sponsoring the Supermassive-named LoL team. We are curious about your thoughts about Electronic Sports. Should it take part as a sport in the Olympic Games in the future?

Güven Çatak: Esports proved itself in many channels and gain respects with the audience. I do not know whether it should take part in the Olympics, but even if he does not, he will already become an Olympic. Starting with Riot Games, the scholarship program is a truly exclusive, world-class model; this is a very good start for being a player in the field or for those who want to work. Hubogi: When you look at the game as a business, Mr. Çatak, we always talked about the sector. What kind of games do you play when Güven Çatak is on his own and find time from work, do you like mobile games or are you from “PC” group or “console”?

Güven Çatak: What if I say, I can not find the time! 🙂 BUG takes a lot of time, but when I go to the computer, as an adventurous adventure lover, I look at what is out, and I am sitting to play if its short. I would say that I would prefer ‘indie’ games, whether on mobile or on a console, where independent developer communities are so close. And of course, of course, I also got a bit of my part of desktop games 🙂

Hubogi: Whoever wants to enter the game industry in Turkey, both academically as well as in a sectoral sense, what are your advice to give to young people who follow you?

Güven Çatak: I strongly recommend that you first enter the community in the sense of social media, but also associations. We have managed to be a community better than many things, at least for now. Meeting new people and being in an environment where they can produce together must be the primary goal of newcomers. 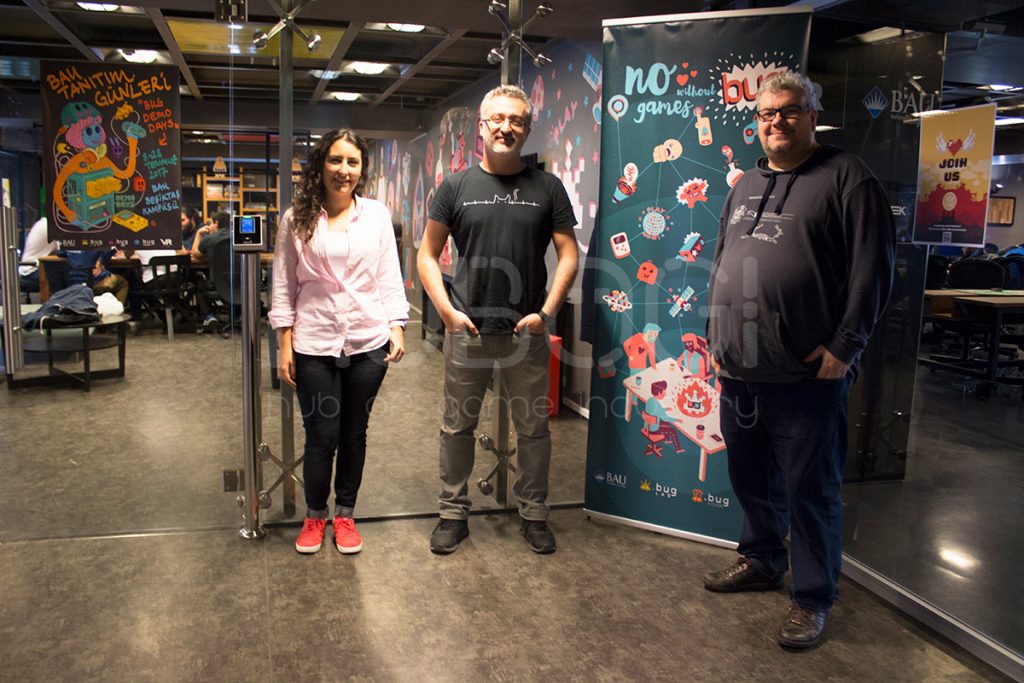 Hubogi: We thank Mr. Çatak for his enjoyable interview. We wish you and BuG a success, we are excited about different projects!

Güven Çatak: I thank you! Continue all along together 🙂