Ülker sponsored League of Legends 2017 Champions League news from Gaming in Turkey! Hello GIT followers. Last week, we announced a news from E-sport Arena of Turkey which has a scholarship. This week we have another E-sport news from an organization which prepared by Riot Games again in Turkey. One of the well known food company Ülker, became sponsor of League of Legends Championship League 2017!

The flash news of this year was the E-sports scholarship Bahcesehir University and Riot Games planned to launch. After 3 countries in the world, Turkey was the 4th most prominent investor in E-sports. The current news is about the sponsorship of the Championship League organized by League of Legends, one of the most prominent brands of Turkey, and also the most important representatives of Electronic Sports in the world.
Ülker, who joined the League of Legends championship last year and was sponsoring the SuperMassive team who spoke very much about his name, is now on the verge of raising the crotch a bit and decided to become the entire league sponsor. In the announcement made by Riot Games, the Ulker logo will be placed in the arms of all the teams that will compete in the Championship League, and the entire league sponsor will be Ulker for 2017. 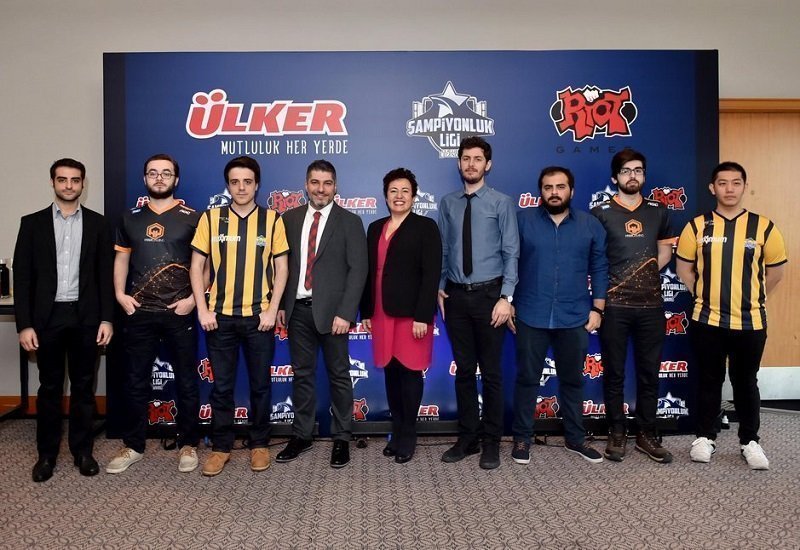 Ülker sponsored League of Legends 2017 Champions League! Turkey, the Middle East, North Africa and Central Asia Vice President of Marketing, Başak Karaca said in a statement on the subject: “To carry the Ülker brand to future generations, we care to keep it up to date. In 2015 we started ‘happiness everywhere’ campaign, we have identified the main target area where we will interact with the young audience. At that time, in our communication studies, we were the first institution to attract esports TV commercials and we reached over 6 million views and about 110,000 subscribers on our YouTube channel which we opened with the motto “special happiness”. We are now taking our activities one step further and supporting the League of Legends Championship League. So we will keep our interaction with young audience and up to date with more colorful and different projects.”
We congratulate Ülker, the new sponsor of the League of Legends Championship League from Turkey’s biggest Electronic Sports organizations, and wish luck and success for all teams to be on the road to 2017 championship.